Cally Masters at the Nationals!

Cally Masters’ Lorenzo was in outstanding form at the National Masters Swimming Competition in Sheffield last weekend. Swimming in the 30-34 years age group, he began this 3 day competition by winning silver in the 1500 metres freestyle, the longest event in the pool and a gruelling 60 lengths. His time was a personal best by 3 seconds. To put it into context, it’s around 1 minute 10 seconds per one hundred metres. 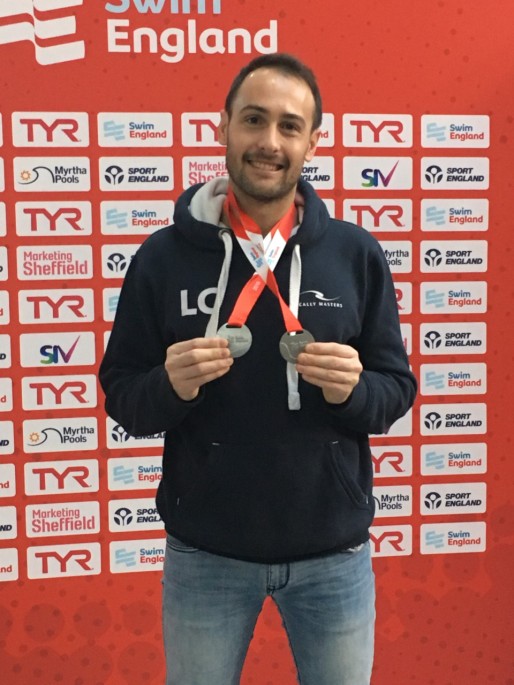 Lorenzo was delighted with his achievement, particularly as he has been struggling with an elbow injury over the past couple of months.